MS Paint IDE welcomes any contributor, so the steps to wokring with the repo aren’t too difficult. This will only go over the main IDE repository, as the other organization’s projects have different setups.

Before actually doing anything with the repo, is ensuring the Java 12 JDK is installed, to allow the project to compile and run. In order to package the program for distribution and/or standalone usage, the Java 13 JDK with JPackager must be installed. The last requirement is also necessary for the installer packaging, which is Inno Setup.

The following are sequential steps of how to locally get the repo to a usable state.

The first step is cloning via git clone https://github.com/MSPaintIDE/MSPaintIDE.git, or downloading it as a zip. After this, it must be imported/opened in an IDE as a project.

If the IDE (Other than MS Paint IDE) being used is IntelliJ, these two steps can just be done by going to File > New > Project from Version Control > Git and pasting in the above clone URL, and it will clone and create a project.

As Gradle doesn’t know when the 12 and 13 JDKs are being used, they must be set. This can be done by running the \setup.bat file, prompting for the input of the Java 12 and 13’s JDK root paths. As Java 13 is not necessary for the project, it may be skipped by typing in skip. 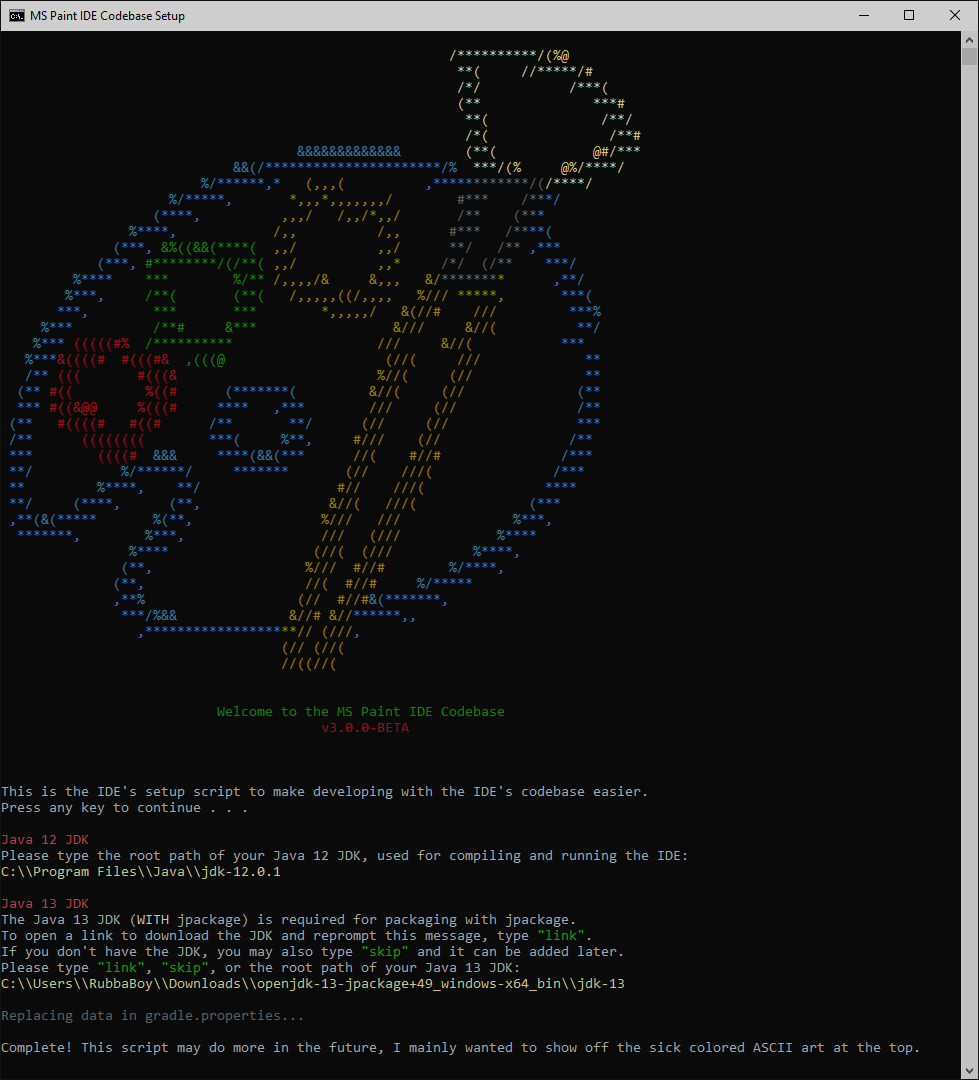 The IDE may be ran without install, simply be running in console

This compiles all SCSS files and makes necessary changes to them, and then runs the IDE.

To create an installer, as perviously mentioned, Inno Setup is required. The installer, located at \package\build\MSPaintIDE-x.x.x.exe can be created by the command

If needed, the standalone program (Not installable) can be compiled to \package\build\bundle\MSPaintIDE with the command

If, after this command, an installer is requires, the Inno Setup file is located at \package\build\resources\main\MSPaintIDE.iss.